To share your memory on the wall of Lawrence Dutcher, sign in using one of the following options:

Provide comfort for the family of Lawrence Dutcher with a meaningful gesture of sympathy.

Funeral services and Military Honors will be held Saturday at 5 pm in the Miller Bean Funeral Home Inc., 436 Cedar Ave. Scranton. Friends and family may pay their respects Saturday from 2 pm until service time. Interment in Fairview Memorial Park will be private at the convenience of the family. In lieu of flowers memorial contributions may be made to Allied Hospice, 511 Morgan Hwy., Scranton, PA 18505.
Please visit the funeral home website to leave an online condolence.
Read Less

To plant a memorial tree in honor of Lawrence A. Dutcher, please visit our Heartfelt Sympathies Store.

We encourage you to share your most beloved memories of Lawrence here, so that the family and other loved ones can always see it. You can upload cherished photographs, or share your favorite stories, and can even comment on those shared by others.

Posted Jul 20, 2019 at 10:05am
We pray the love of God enfolds you during your journey through grief. We love you all. Prayimg that our Lord. And SaviourJesus Strengthens. You. All

Posted Jul 17, 2019 at 02:30pm
Our deepest sympathy to you, Theresa, Amie, Josiah, and Jeremy and to all extended family. Larry was a true gentleman. He was so kind and so intelligent and he gave the best bear hugs anyone could as for. Such a talented artist, indeed. We are blessed to have known him and are proud to have called him our friend.

With our deepest sympathy to Theresa, Amie, Josiah, Jeremy and Donna and Scott 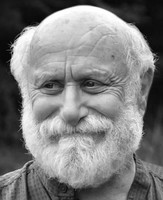