To share your memory on the wall of Jerry Grimm, sign in using one of the following options:

Born October 28, 1942 in Scranton, PA. His parents were the late Robert J. Grimm and Margaret G. (McLean) Grimm. Jerry was a graduate of Central High School (1960). He went on to have a career in the food service industry; working his way from a routeman, mechanic and supervisor of mechanics to branch manager at Service America Corporation. His career spanned many decades until his retirement.

He married Alice (Billick) Grimm on September 11, 1971. They would have celebrated their 49th wedding anniversary this year.
They welcomed a daughter, Karen M. Grimm in 1974

There are so many words to describe Jerry R. Grimm. He was loving, patient, intelligent, handsome, a joker, and so much more. He was a wonderful husband and father. His devotion to his family was unconditional. The photo above shows Jerry at his brother and sister-in-laws' (Earl and Terry) house in Beach Haven West, NJ. His huge smile, boundless friendliness and genuine good nature made Jerry well loved by all he met and he will be missed by many. His canine buddies Snoopy, Charlie Brown, Peanuts, and Lucy met him at the Rainbow Bridge.

A big hug and thank you to Dr. Guy Fasciana and his staff for their excellent care over the years. Lisa, Donna, Chris and the whole gang at Compassionate Care Hospice have been amazing the past year and he truly appreciated all that they did for him. His brother, Bob and wife, Debbie were his best friends and always there for him.

Because of COVID-19, there will be no services at the present time. A future celebration of Jerry's life for family and friends is planned.

There are no events scheduled. You can still show your support by sending flowers directly to the family, or planting a memorial tree in memory of Jerry R. Grimm.
Plant a Tree

We encourage you to share your most beloved memories of Jerry here, so that the family and other loved ones can always see it. You can upload cherished photographs, or share your favorite stories, and can even comment on those shared by others. 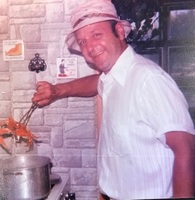