To share your memory on the wall of Richard Heim, sign in using one of the following options:

Rich was a sports fan and played football in high school. He was a lifelong Pittsburgh Steelers and New York Yankees fan. He stayed active by going to the YMCA. He was an avid bowler who bowled multiple 300 games. But most of all, Rich’s greatest love was his family. He had the most contagious laugh and a never-ending smile. He was a loving brother, grandson, nephew, uncle, and cousin and will be missed by all who knew him.

Rich’s family would like to extend a special thank you to the staff at the St. Joseph’s Center for their many years of helpful service, especially Gretchen Kohut and Martin Grant, as well as all his friends at United House and the YMCA.

Graveside committal services and interment will be held Tuesday at 10 am in Fairview Memorial Park, Elmhurst. Everyone attending is asked to follow CDC guidelines for social distancing and to please wear a mask.
In lieu of flowers memorial contributions may be made to St. Joseph’s Center 2010 Adams, Ave. Scranton, PA 18509.
Arrangements are under the care and direction of the Miller Bean Funeral Home Inc., 436 Cedar Ave. Scranton.
Read Less

To send flowers to the family or plant a tree in memory of Richard J. Heim, please visit our Heartfelt Sympathies Store.

We encourage you to share your most beloved memories of Richard here, so that the family and other loved ones can always see it. You can upload cherished photographs, or share your favorite stories, and can even comment on those shared by others.

Martin and Toni Grant sent flowers to the family of Richard J. Heim.
Show you care by sending flowers

Posted Jun 24, 2020 at 07:01am
I can’t believe Rich is gone. I can’t believe I’ll never hear his famous “what’s new cuz” whenever we would meet. Rest In Peace Rich. You are back at home again with mom and dad. I’ll miss you Rich but I will see you again cuz.
Comment Share
Share via:
AA

Posted Jun 22, 2020 at 11:37am
Truly saddening, Rich was a wonderful tenant at United House Apartment, favored by most. He would give anyone the shirt off his back if needed; and always humble. He was a generous soul and a gentle Giant. True friend and great company. He is deeply missed !
Comment Share
Share via:
MG

Martin and Toni Grant purchased flowers and planted a memorial tree for the family of Richard Heim. Send Flowers

Posted Jun 21, 2020 at 03:20pm
I was shocked and saddened to see that Richie had passed away. I knew him as did everyone from my time at the Y. He had such a sense of humor and that laugh..you could hear it in the parking lot and knew Richie was inside.
I called him The Mayor of the Y as he sat on the bench at the end of the hallway greeting everyone. His most frequent prank to newcomers was "you dropped your keys". They would look at the floor and Richie would let out a bellows of laughter...until they caught on to him.
We shared Spin class and the group of regulars would always try to get him to stay for more than 5 minutes...we would actually kid him by taking bets on how long he would stay. Many times he inspired us by staying and cycling the 45min class and we would applaud him. He liked to pump weights and I asked him to coach me on some of the weight machines. He was precise and knowledgeable about the reps, the technique and the frequency. He was proud as the coach and would tell other Y members he was coaching me to which I firmly said yes he is and he's good.

I will miss seeing him stationed in his kingly position on the bench as the Mayor, the fun we had with word sparing, his pranks, and most of all that big smile and laugh. 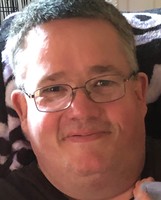 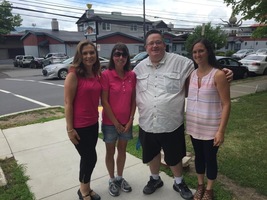 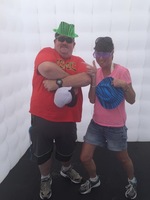 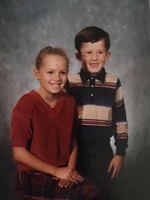