To share your memory on the wall of Richard LaCoste, sign in using one of the following options:

Print
It is with sadness that the family of Richard Kenneth LaCoste announce his passing on January 2, 2021 at the age of 63 from Covid-related complications.

Richard was born May 19,1957 in Flushing, New York to Russell Sr. and Elizabeth Wol... Read More
It is with sadness that the family of Richard Kenneth LaCoste announce his passing on January 2, 2021 at the age of 63 from Covid-related complications.

Richard was born May 19,1957 in Flushing, New York to Russell Sr. and Elizabeth Wolfe LaCoste. He spent his early years in Dobbs Ferry, NY, and moved to Fairfield, CT as a teenager, where he attended Roger Ludlowe High, graduating in 1975. He was a member of the Ludlowe track team, serving as captain his senior year.

Richard explored different career paths, but ultimately it was Richard’s love of people and food that led him to a long-term career in the restaurant business. One of his proudest achievements was opening the All-Star Deli in Fairfield, a venture that he owned and managed.

Richard was married to his long-time sweetheart, the now deceased Lauren Karpinski of Fairfield, CT in 1986. He is survived by his siblings, Russell of Mount Pleasant SC, Linda LaCoste Suraci of Mayfield PA, and Matthew LaCoste of Bridgeport CT, several nieces, aunts and cousins as well as former brother-in-law Richard Suraci of Clifford PA.

Richard will be remembered for his infectious smile, life-long love of sports and keen sense of humor. A celebration of life will be held later this year in Southport, CT. In lieu of flowers, donations may be sent to the American Diabetes Association of Eastern PA, 150 Monument Road #100, Bala Cynwyd, PA 19004 or the Lackawanna Health and Rehab Center, 260 Terrace Drive, Peckville, PA 18452.

The family thanks Dr. Ujwal Ratna Tuladhar and Cherry Demeck of Geisinger CMC for their care of Richard in his final days.

Arrangements and on-site cremation are under the care and direction of the Miller Bean Funeral Home Inc., 436 Cedar Ave. Scranton.
Read Less

There are no events scheduled. You can still show your support by sending flowers directly to the family, or planting a memorial tree in memory of Richard Kenneth LaCoste.
Plant a Tree

We encourage you to share your most beloved memories of Richard here, so that the family and other loved ones can always see it. You can upload cherished photographs, or share your favorite stories, and can even comment on those shared by others.

Plant a Tree in Memory of Richard
Plant a tree 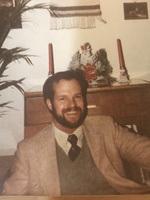