To share your memory on the wall of Charles Reina, sign in using one of the following options:

Print
Charles Peter Reina, 91, of Forty Fort died Tuesday March 30, 2021 at home. He was preceded in death by his first wife Rita Herman Reina in 1998, and his second wife Florence Eckert Reina who died in 2020.

Born in Scranton he was the son... Read More
Charles Peter Reina, 91, of Forty Fort died Tuesday March 30, 2021 at home. He was preceded in death by his first wife Rita Herman Reina in 1998, and his second wife Florence Eckert Reina who died in 2020.

Born in Scranton he was the son of the late Nathan and Grace Noto Reina. A graduate of Scranton Technical High School, he joined the United States Marine Corp. at 18 and served during the Korean War Era. Along with the Marine’s he also served with the Army Reserves, and the National Guard. Prior to retirement he earned the rank of Sergeant in the Scranton Police department, and was apart of the first Scuba team the department had. He loved the outdoors and loved to hunt and fish. An avid adventurer, he and Rita would travel the country in their motor home or on their motorcycle. Charles and Rita were also snowbirds who would volunteer with the National Park Service in Florida for many, many winters. A man of many talents, he was a self taught TV repair man in the early 60’s. He could build or fix anything and could always be found working on old cars or tinkering with anything mechanical.

He was preceded in death brother Joseph A. Reina.

A blessing service will be held Wednesday at 11 am in the Miller Bean Funeral Home Inc., 436 Cedar Ave. Scranton. Interment will follow in Wyoming Cemetery, Wyoming. Friends and family may pay their respects Wednesday from 9 am until service time. Social distancing guidelines will be enforced and masks will be required. In lieu of flowers, memorials may be made to Camp Freedom, 2750 Limestone Street
Coplay, PA 18037.
Read Less

To send flowers to the family or plant a tree in memory of Charles P. Reina, please visit our Heartfelt Sympathies Store.

The insignias listed here may be subject to copyright and/or trademarked. Those copyrights and trademarks are owned by the respective organizations.

We encourage you to share your most beloved memories of Charles here, so that the family and other loved ones can always see it. You can upload cherished photographs, or share your favorite stories, and can even comment on those shared by others.

Posted Apr 07, 2021 at 12:50pm
Rose & John
Both John & I are deeply sorry for the loss of your Father. We will miss him as a neighbor also as a friend. We will miss him not being next door to us & will remember the kind & gentle man that he was.
John & Charlie got along very well...then again...it was a pleasure to have him as a neighbor.
Charley Jr. we saw you almost every day visit your dad. He was very blessed to have you there for him. He talked about his family form local and away. Hold on to the good memories!!!!!
RIP Charlie!!!!! ❤️

Thank you very much for the kindness you have shown my father and his family. John and Rose we really appreciate every thing you have done for my Dad. Thank you so very much.
MH

Posted Apr 06, 2021 at 08:33am
Our condolences to Charlie’s family. He was my first cousin and nephew to my dad , Anthony (Tony) Noto. He spent a lot of time with my dad up at the Noto farm. We fondly remember Charlie and Rita. May they Rest In Peace.
Marguerite (Noto) and Donald Hiemenz
Comment Share
Share via:
CR

Thank you very much for your condolences. Mom and Dad were quite a fixture in South Side. It was a great place for us boys growing up. I wish we could have experienced the farm as well. Thank you again for your kind memories.
MB

Posted Apr 05, 2021 at 06:30pm
I am Margaretta Noto Bohn, daughter of Joseph Noto, Jr., who was Charle’s Mother, Grace Noto Reina’s brother. We live on Stanford Ave., and saw Charlie & Rita alot when they lived around the corner from us on Hickory St. Our generation is getting fewer & fewer, & none of our parents are alive anymore! Miss the good times down “the patch” on Staford Avenue & family get
Together up our Gramma & Grandpa Noto’s farm! Sorry for your loss.
Comment Share
Share via:
CR

Dad and I talked often lately of the farm, he had a warm feeling for the times he spent there as a youth. Thank you for your condolences 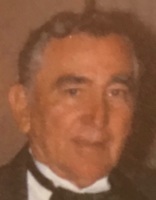